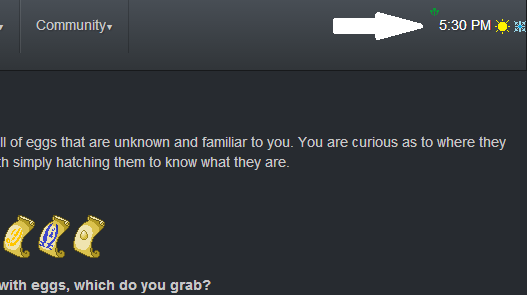 Time and Season influence some things in FoM, for example, creatures that only appear at Night, or during Summer, etc. They can be seen as the two icons near the clock.

Time of day and seasons in FoM don't work real time. While the clock shows the current server time, the time of day icon moves much faster. A real-time month also contains all seasons in FoM.

Creatures influenced by time and seasonsEdit

Retrieved from "https://forest-of-mirrors.fandom.com/wiki/Time_and_Seasons?oldid=6743"
Community content is available under CC-BY-SA unless otherwise noted.